The Pearl-Qatar is a striking artificial island and real estate development on the eastern edge of Qatar, extending out into the Persian Gulf. It’s about 20 miles north of Hamad International Airport, a 40-minute drive along the coastline, with Doha sprawling out to the west. This strip of land is notable for any number of reasons, but for the purposes of this discussion, one particular item stands out: It may be the site of the world’s first commercial 5G network.

Let’s talk about the “may be” part of that statement. Ooredoo made that announcement in May 2018 and was the first major telecom provider to make the claim. In April of this year, about 11 months after the Ooredoo announcement, South Korea voiced its own claim to the first 5G network. That declaration was met with considerable consternation from multiple U.S. telecom providers who claimed they were first and pointed to their own announcements months earlier.

So, who really was first? There is no consensus, and your perspective probably depends on where you place the finish line in this race to 5G. The bigger point is that the race is real, and it’s happening all over the world. The urgency these providers feel is understandable because the stakes are so high. According to IHS Markit, 5G is expected to generate some $12.3 trillion in annual revenue by 2035. That’s trillion. With a ‘t.’ Being first may not be everything, but it matters.

Vertiv recently commissioned a study of 5G progress and expectations with 451 Research, and the results indicate the jostling among providers is justified. We know 5G networks will enable exciting new consumer applications and innovations related to the Internet of Things, such as autonomous vehicles and telemedicine, but the timeline for deployment may shock you. According to the survey, 12% of telecom operators expect to roll out 5G services this year and a whopping 86% expect to be delivering 5G services by 2021. Remember, the Ooredoo announcement was barely a year ago, and we’re just months removed from the “first” announcements in South Korea and the U.S. No one is easing into 5G.

To make that timeline a reality, telcos must prepare now to successfully deploy and fully leverage 5G technologies. In some cases, that means sharp detours from technologies and architectures that emerged to support previous generations of cellular networks. The road from 3G to 4G to 5G is winding. Network architectures that supported 4G in some cases run counter to what we are seeing from early 5G deployments. C-RAN architectures, for example, evolved to support 4G by taking equipment from the base of a cell tower and centralizing it elsewhere to serve multiple sites. That made sense as a 4G strategy, but 5G is all about reduced latency and proximity to the consumer. That means more sites and more computing and IT infrastructure equipment at those sites.

What that looks like is an open question, but it’s likely we’ll see multi-access edge computing (MEC) architectures that bring cloud capabilities into the radio access network. That means physically deploying small, self-contained data center infrastructure systems within the operator network footprint, anywhere between the core and the edge of the network. In the Vertiv and 451 Research survey, 37 percent of respondents said they are deploying MEC infrastructure ahead of 5G deployments and another 47 percent intend to deploy MECs. These sites will be critical to network performance and functionality, and significant infrastructure investment and enhancements will be unavoidable.

As more sites are deployed, there will be a corresponding increase in energy consumption — and 94 percent of those surveyed expect 5G to increase their overall energy costs. Telcos and equipment providers already are working across the network to mitigate those increases, focusing on everything from intelligent load management to innovations in cooling and environmental control.

Survey participants identified a number of strategies for dealing with the increase in energy consumption. Those strategies include:

Bottom line: 5G is among the most disruptive network technologies and most difficult upgrades ever undertaken, requiring major changes to network architectures and upgrades to telecommunications, IT and infrastructure equipment. The enormity of the challenge should not and will not discourage the effort, however. The possibilities 5G presents have the potential to radically transform and improve our world and our daily lives.

Martin Olsen is Vice President Global Edge and Integrated Solutions for Vertiv. He can be reached at martin.olsen@vertiv.com. 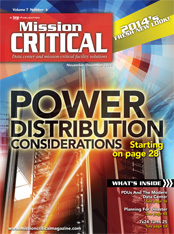 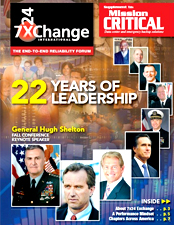 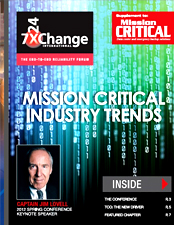