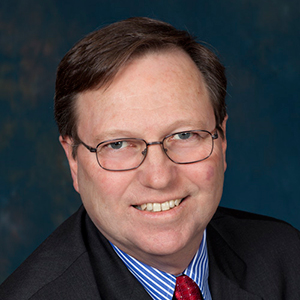 As one of the original founding members of 7×24 Exchange International Dennis Cronin has attended almost every conference. Dennis has been involved with data centers in one form or another for the last 48 years.

One of his favorite stories is about his first Data Center and how, on opening day, it was taken down three times. That’s right, three times… By executives pushing the EPO button thinking it was the exit request button. At the end of the day, that red mushroom button was covered by a plywood box with a pencil hole drilled into it. A number 2 pencil was attached by a string, but that disappeared within a day. The data center never went down again. What a way to start a career in data centers – baptism by fire and creating one of the first dual action EPO covers.

That first data center opened Dennis to an industry in its infancy where opportunities to grow and influence were on every corner. It was an environment where his diverse background in design, construction, and use of distributed computers to collect and analyze facility data on retail department store operations formed the foundation of a long career in mission critical operations. That data was used to drive and validate energy efficiency programs resulting in a 25% energy reduction across the department store chain.

This success led to a referral at a rapidly growing Wall Street firm in the early 1980’s where he was hired as one of the first Data Center Facility Managers reporting to the IT department and not Corporate Facilities. The only real difference in the reporting structure was that he had to live with all his design and construction decisions because the responsibilities included operating and maintaining the data center after it was built.

As he tells it, when you are building for the long term your thought and decision process changes. Now, you are more concerned about having those extra isolation valves in the right places rather than saving a few dollars. The same goes for equipment installation to assure that it can be easily accessed for maintenance. Then, there is the first successful installation of a paralleling emergency generator plant in a utility’s territory, along with validating the control permutations and training the operations personnel.

The process is intense, and it is not one you can do alone. It requires a team of people with diverse skills all willing to work together towards the common goal of “our creation can never fail.” Dennis stated that it is the good fortune of being surrounded by a lot of smart people that has contributed the most to his career. No one has all the answers, and the way technology is constantly changing, tomorrow’s answer will be different.

Looking towards the future

The future has great promise and opportunity. From direct immersion cooling offering quality heat reclamation, and Artificial Intelligence APPs driving real time sustainability decisions to deployment of Quantum Computing and Wafer Scale Chips, the opportunities are greater than ever. The success of these opportunities will require people with ever growing multi-disciplinary skills who, everyday, will have the opportunity to learn something new.

This is where Dennis’s career is now focused, to help educate the next generation through the capture of lessons learned, sharing of ideas, and the creation of university-level degree programs. We owe it to the future generations to document and formalize all we have learned so they can build on our experiences and learned knowledge.

Here are some examples of knowledge shared:

These are just a few of the things we have learned and knowledge gained over the years. Those who follow us need to be taught about these operational deviations, how to avoid them, how to correct them and how to apply them to all the new technologies that will be deployed in the coming years.

7×24 Exchange International was created out of a need to network and share solutions on common data center issues. In the Spring of 1989, Cronin was giving a talk on “Lights Out Data Centers” in Boston when he ran into Ken Brill (subsequent founder of the Uptime Institute). After a long discussion about the state of the industry they agreed to invite other enterprise data centers to a casual get together to discuss the common needs.

Having just completed a new 750,000 square foot multi-story data center facility in downtown New York City, Cronin was able to offer up a meeting place, a data center tour, and became the first sponsor of what 7×24 Exchange is today. At the end of the meeting the initial group unanimously wanted to continue meeting and so started a networking group that has now lasted 33 years with numerous data center tours and countless networking discussions.

“I have never been on a data center tour where I didn’t learn something new.”

Initially, Cronin ran the membership drive which grew dramatically. In subsequent years he helped grow the Chapters and was a board member to four Chapters ending with running the Education Committee for The Carolinas Chapter. Over the years, Cronin has presented numerous times at both the National and Chapter levels on topics from basic reliability and design objectives to his latest focus on educating the next generation.

Cronin is also active in the following industry activities: 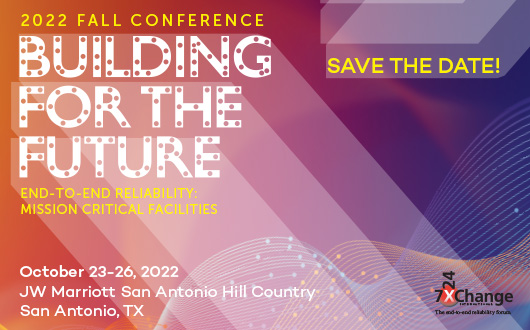